But that's not much of a review. What is Sweetreen's Buffalo chicken bowl? It's a whole bowl made of buffalo chicken. Like a nugget, it't extruded, coated, and then fried. It's filled with a spicy sauce. And did I mention an entire scoop of blue cheese?

That's not what this is, but a guy can dream. It's a salad. A regular salad. I don't know why it's not called a salad, but Sweetgreen calls it a bowl. And this bowl has an entire scoop of blue cheese.

The base of kale and romane provide a nice contrast of greens. Did you know that the way to make kale edible is to massage it? That seems like a lot of work when you could just have perfectly edible spinach, but Sweetgreen is up for the challenge. Another thing they did to make the kale edible is to add an entire scoop of blue cheese.

The chicken in this bowl is blackened chicken thigh. It's properly done – not burned. Unusually, I'm ok with it not being breaded. Perhaps it helps that it comes with an entire scoop of blue cheese. 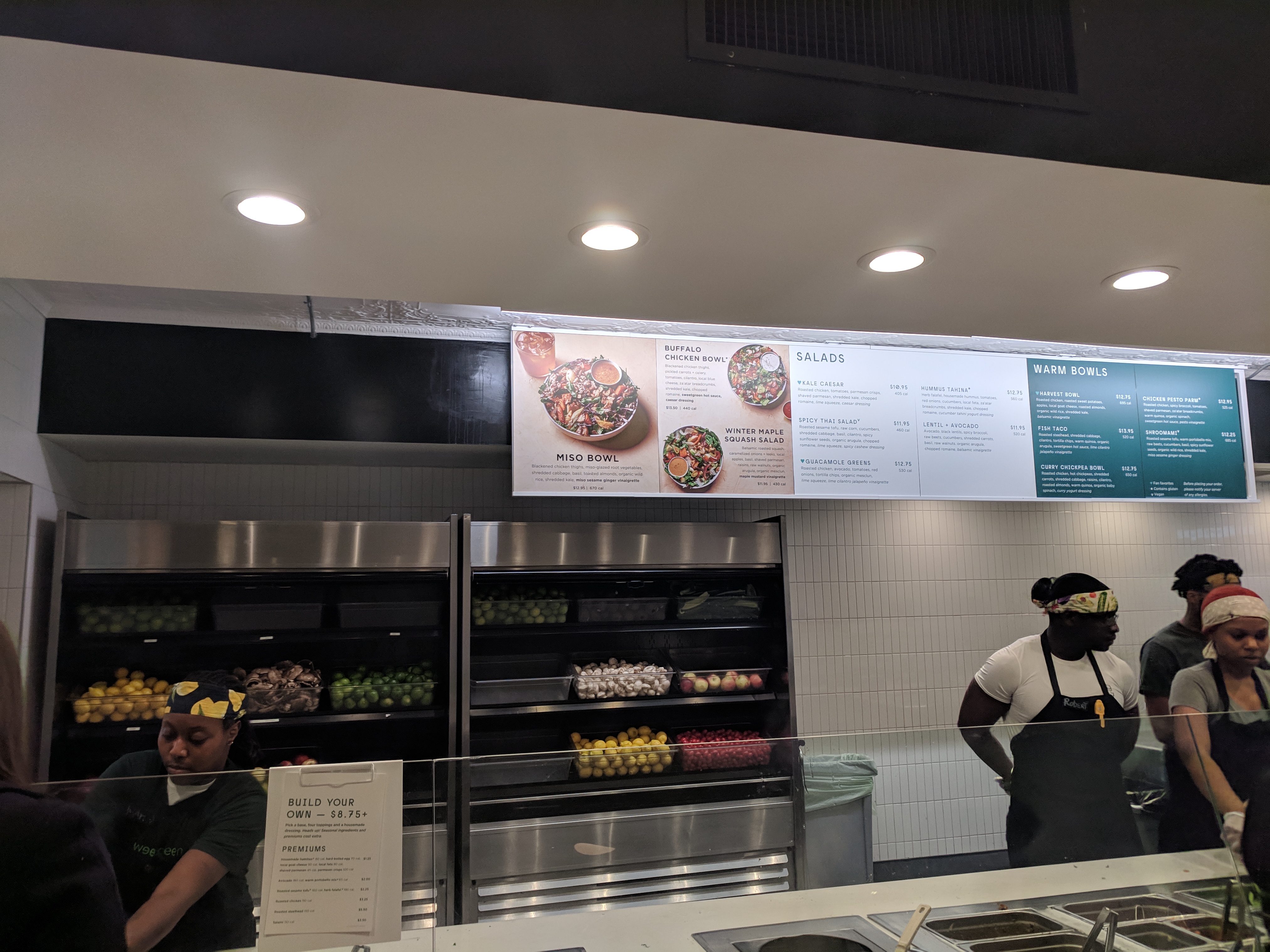 The heat in this comes from a "Sweetgreen hot sauce". This hot sauce is weirdly flavor-backward: the heat is not felt on the tongue, but instead in the throat. Is "flavor-backward" a term? You get it. It's not too spicy at first, but builds up to a surprising level. The flavor of this sauce is also pleasantly salty. Some of the salt probably comes from the entire scoop of blue cheese.

I have the usual tomato complaint: the flavor is not a good part of the dish. The tomatoes are too liquidy for the dish. Not a good match. But even knowing I would not like the tomatoes, I stuck to my principle of ordering the dish as designed, with no substitutions. To a point. I draw the line at cilanro. Instead of the devil's weed, I had thinly sliced cucumber. It added a nice crunch. Certainly better than cilantro.

7/10. Did I mention it comes with an entire scoop of blue cheese?