This is a contentious one. Buffalo Chicken pizza from a pizza place in Penn Station. That's not necessarily a recipe for success.

Seriously, if you were going to cook up something called "sucess", you wouldn't start with a railroad station restaurant. You'd probably start with flour. Or mozzarella. You know, traditional pizza ingredients, not a subterranean cave of despair. 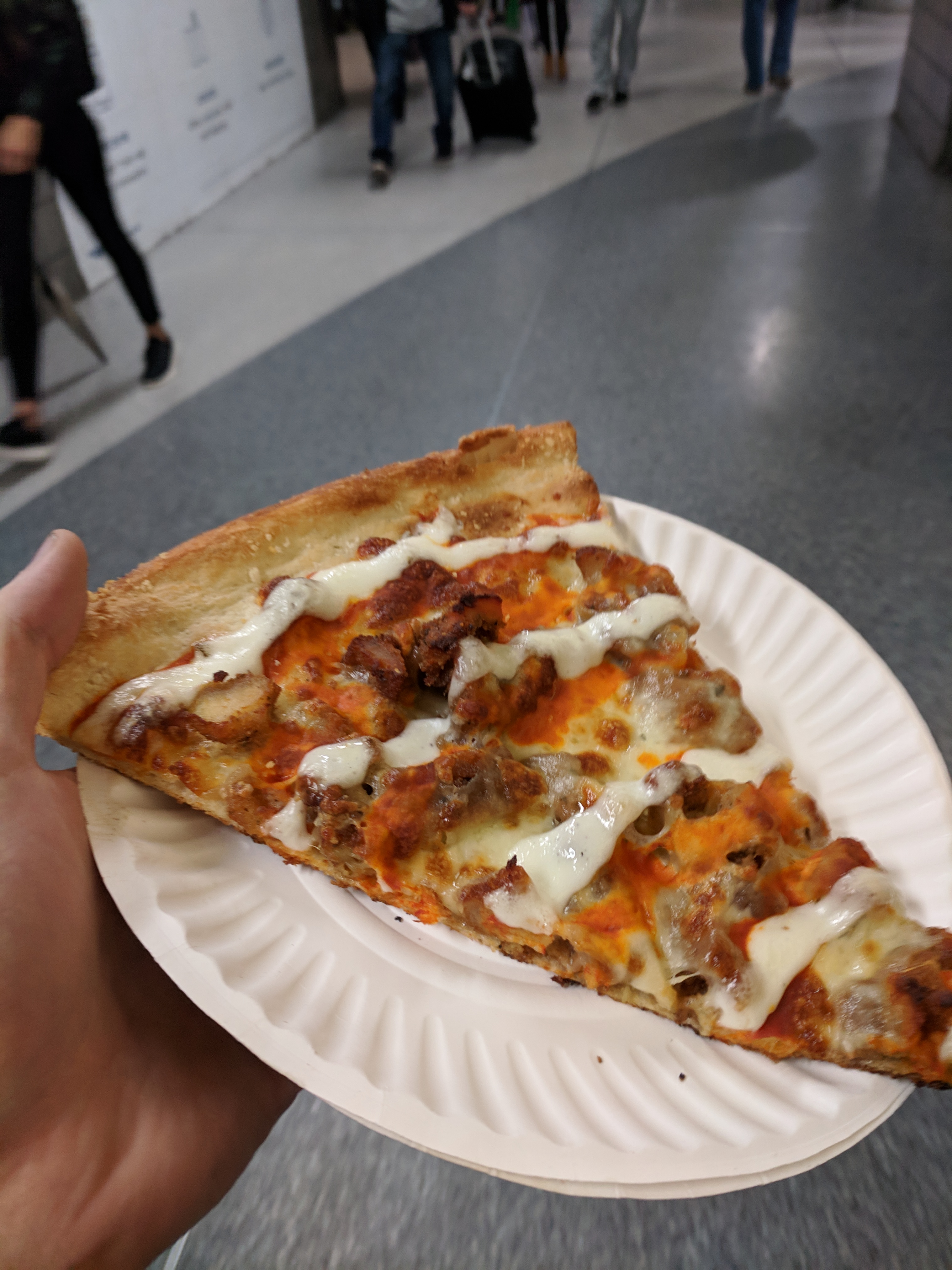 The ranch was actually pretty good! I was completely surprised here – ranch is obviously inferior to blue cheese. But here, the ranch might've been the best thing on it. That's not a good sign.

The pizza looks spicy, with a buffalo sauce drizzled all over the slice. But again, sitting out might've changed the sauce! It was only spicy when I stuck my tongue in it directly. It wasn't spicy enough to notice as part of the overall experience.

Overall lesson: if you find yourself in Penn Station and want something spicy, just lick the third rail.