In Arlington, Texas, there's a restaurant called the Lazy Dog. They're so lazy, in fact, they don't even stop people from bringing their dogs onto the patio. Or maybe the restaurant is for lazy dogs? When the hostess brought my group to our table, she said "sit" in a commanding voice. But then, a lazy dog wouldn't need to be told to sit.

I'm not the biggest dog person, so I sat inside, where dogs were not allowed. Except for the Dirty Dog that I ordered. If Dirty Dogs aren't allowed inside, no one told me.

The Dirty Dog is a hot dog with too much stuff on it. I'm not kidding about that – it came with coleslaw, chips, buffalo sauce, and blue cheese. And french fries on the side. And bacon. 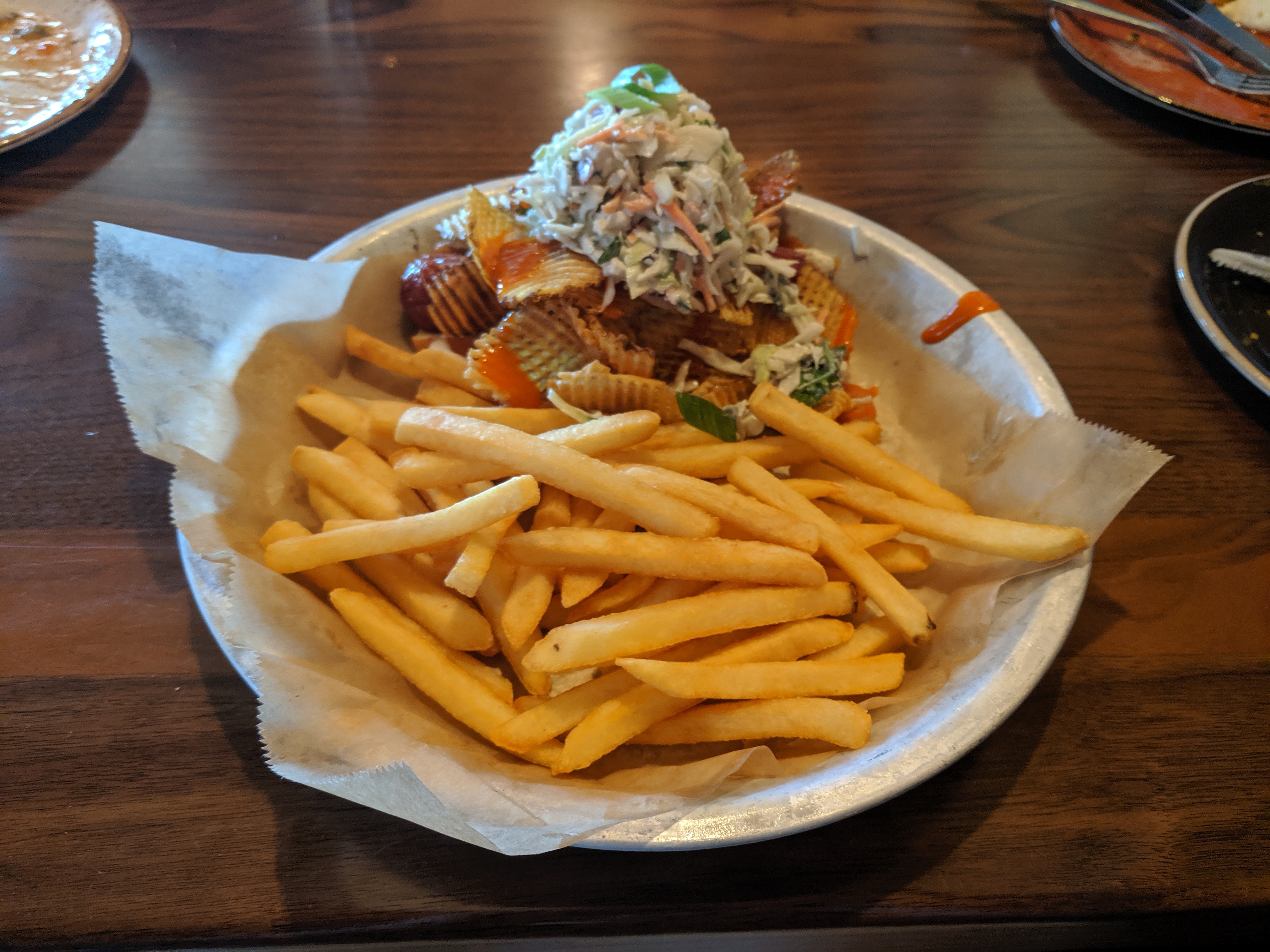 At least, it's supposed to come with bacon. Mine was missing bacon, but I didn't notice until I was done eating because there was so many toppings. I had to eat it with a fork and knife, so now I'm running for mayor of New York City. It was so overstuffed, it was difficult to eat. I even tried telling the toppings "stay". It didn't work.

Because I, too, am lazy, let's rapid-fire through the lazy dog toppings. The buffalo sauce is underwhelming. Not much flavor, not much heat. The coleslaw is blue cheese-flavored? That's nice. The bun was fine, I guess. I don't remember much about it. Why were there chips on the hot dog? There's no reason to do that. 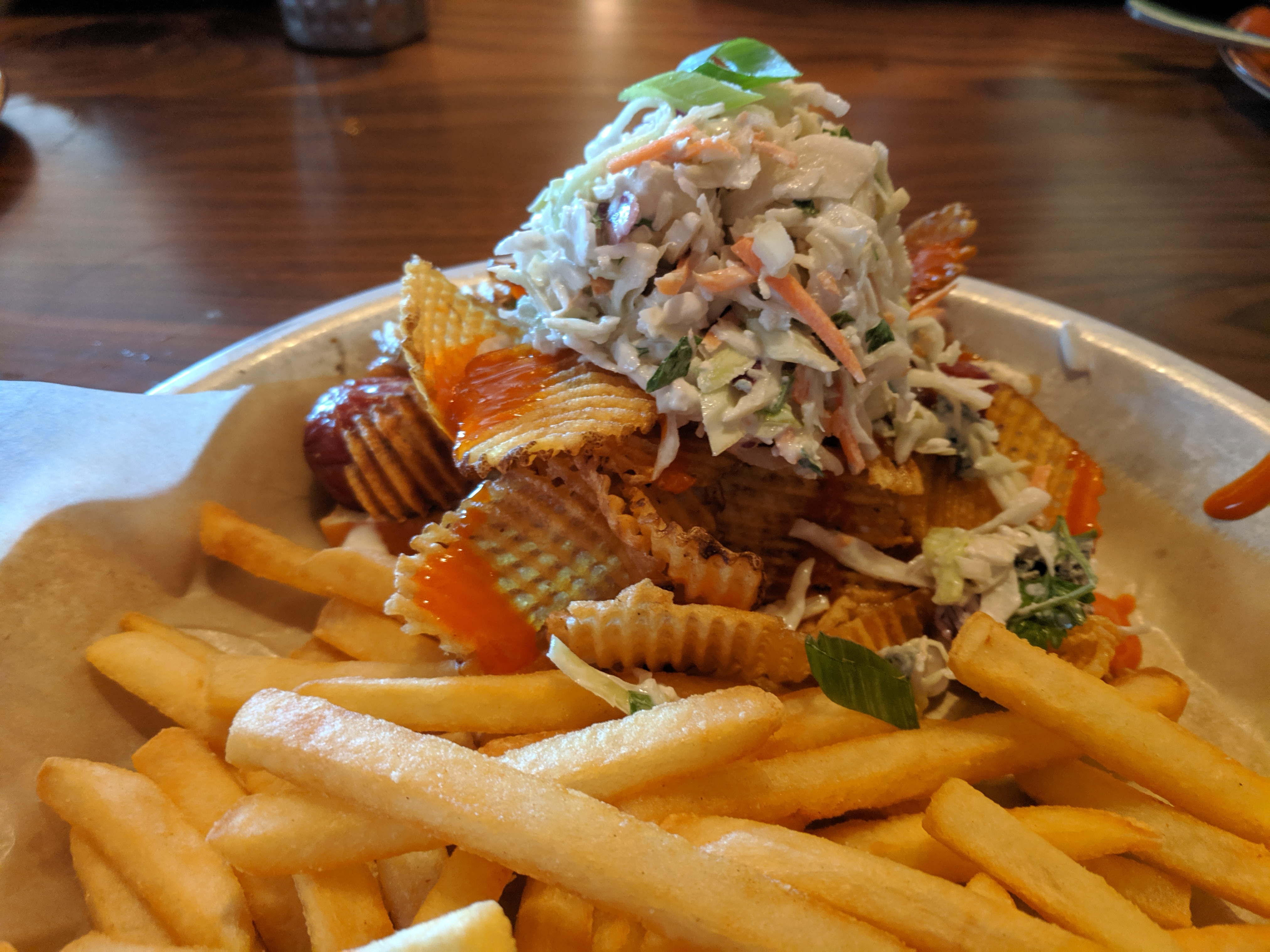 I'm not too sure what this was supposed to be. Maybe a hot dog version of a Garbage Plate? Whatever it is, it's playing dead. 4/10.