Murray's knows cheeses. That's their motto, as displayed over the entrance to their famous fromagerie. So when they opened a restaurant next door, their buffalo mac and cheese had a lot to live up to. 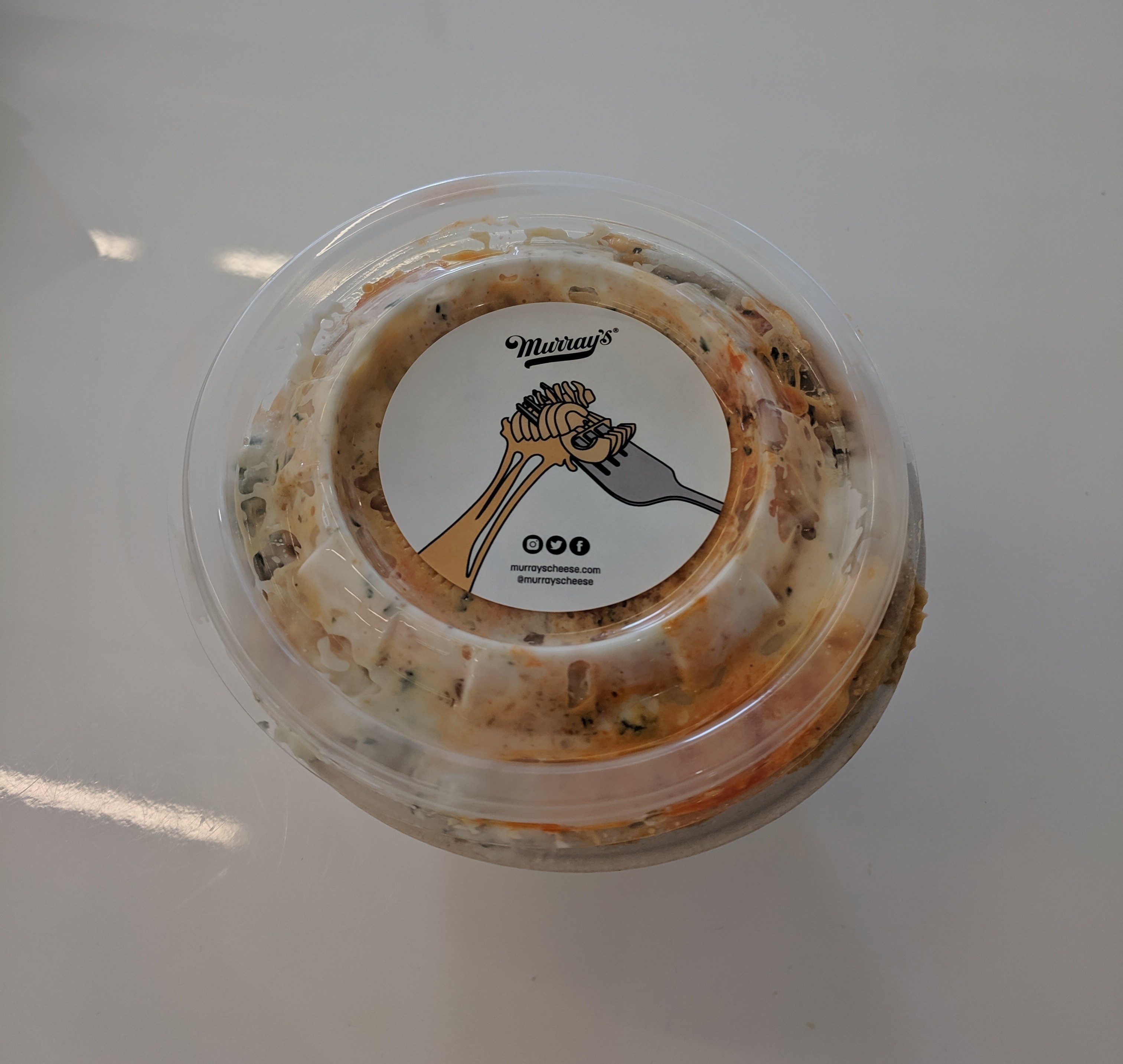 And its life starts well! Everything is made in open view, on hot plates where the cheeses are melted and mixins are added, like the chicken, corn, or even more cheese.

I don't know how cheese is an add-on; it's the most important part of mac and cheese. The menu even suggests you can place an order without cheese. I hope the staff would stop you if you tried. Most dishes you can order have a have multiple cheeses in them, from obvious ones like cheddar and mozzarella to more surprising ones, like fontina and raclette.

The macaroni comes in at the end, which is not what I would expect. I guess their other motto could be "first in the name, last in the recipe". Not as catchy.

When they handed my order to me, it was so full they couldn't keep the bowl closed without entombing it in plastic wrap. Great for eating, not great for the environment. But once I got to eating, the macaroni stays out of the way. There's enough texture to chew, but it's neither al dente nor… non dente? Yeah, I speak Italian. Anyway, the texture is just fine by me. As far as I'm concerned, the macaroni is only there because no self-assured restaurant will serve me a bowl of fondue and a spoon. A guy can dream.

The spice is medium low, but lingers nicely. The sauce has cheddar and blue cheese mixed in, a nice balance of cheese flavor with some depth to it. In fact, there's both a blue cheese crumble and a blue cheese dressing. It's got breadcrumbs on top, but they don't really add much.

The last important part of buffalo chicken is the chicken. It's nicely tender, with a bit of a tooth to it. Not dry – whether that was because it was well-cooked, or because of all the cheees, I don't know – but either way it works well.

Murray's? When they ask about Murray's, you tell them Murray's knows mac and cheese. 8/10