There's a lot going on in the buffalo chicken hoagie from Gary's Steaks. The sandwich itself is pretty simple; the complexity is in the food truck concept itself. Let's explain Gary's Steaks. 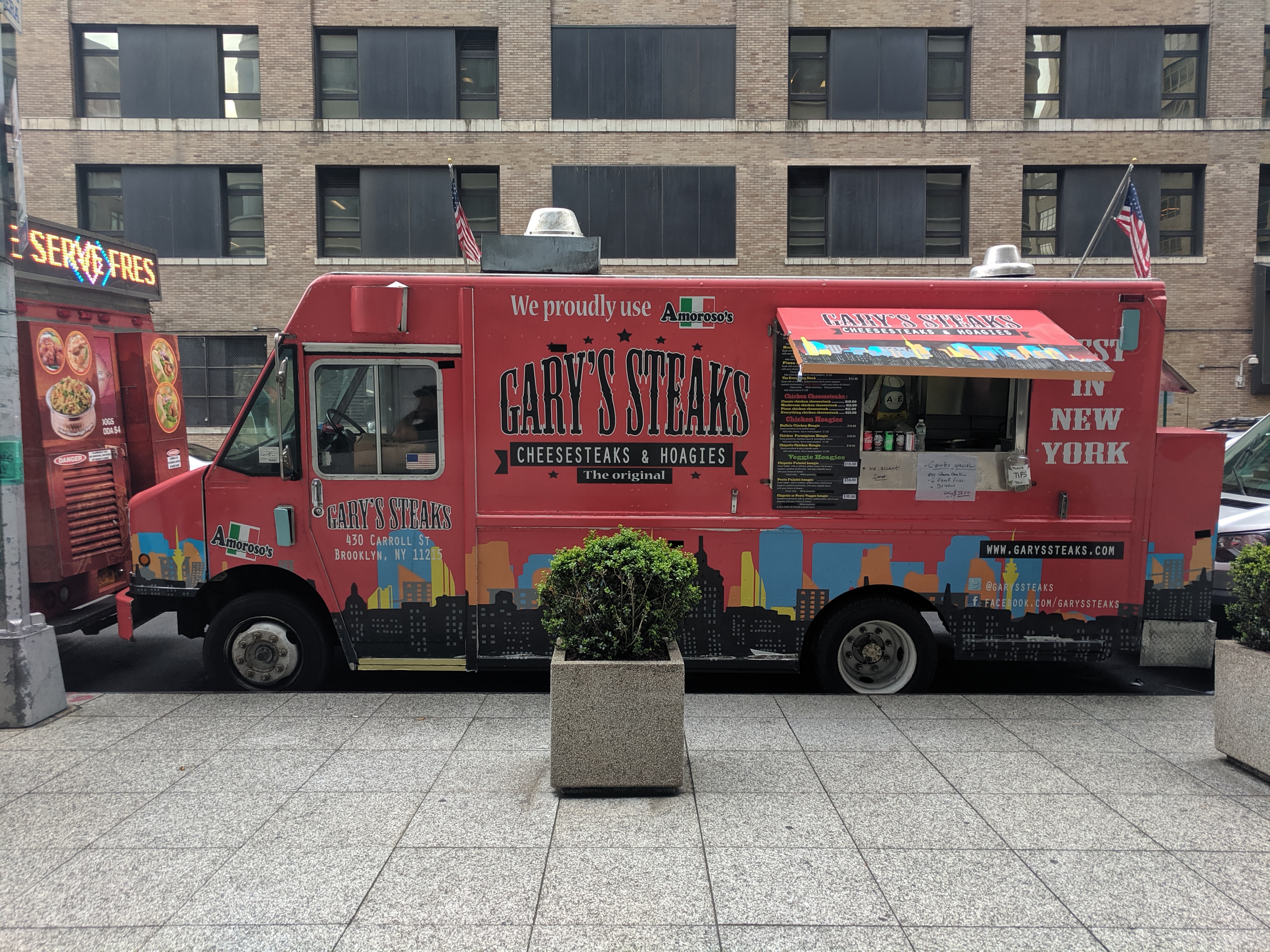 Ok, now to the sandwich. They don't skimp on the chicken – there's almost nothing else inside the sandwich other than shredded chicken. This is a mixed bag, though: even with the provolone, the sandwich is dry. How did they make that happen? Is there a type of provolone without moisture? 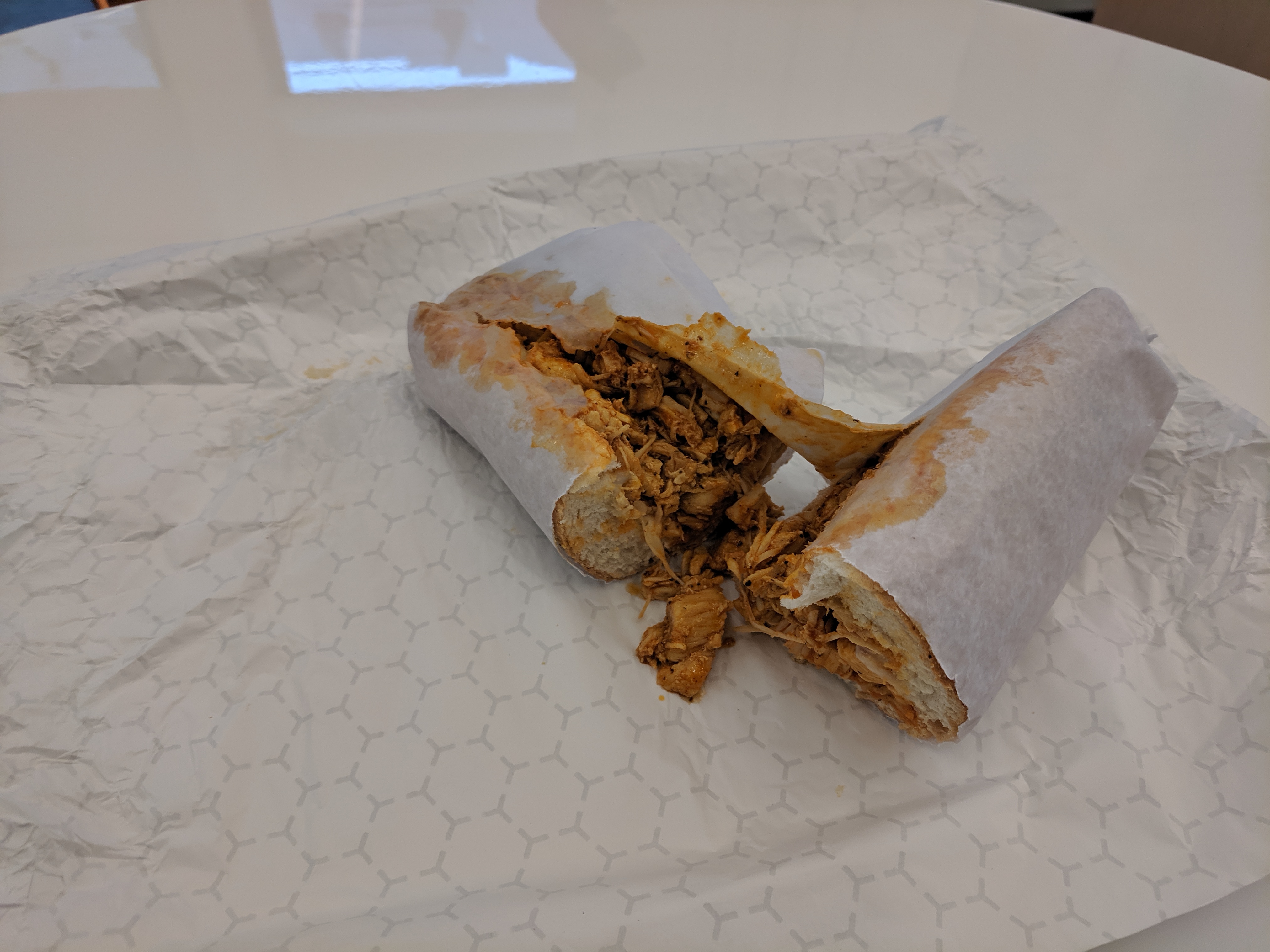 There's not much spice in it, but the flavor is fine.

Even though the sandwich is dry, you wouldn't know that from the bread or wrapper. The bread is soggy, not giving much flavor or texture. Heck, even the wax paper is eaten through from the sauce! I don't understand this, because the overall experience is of a dry sandwich. 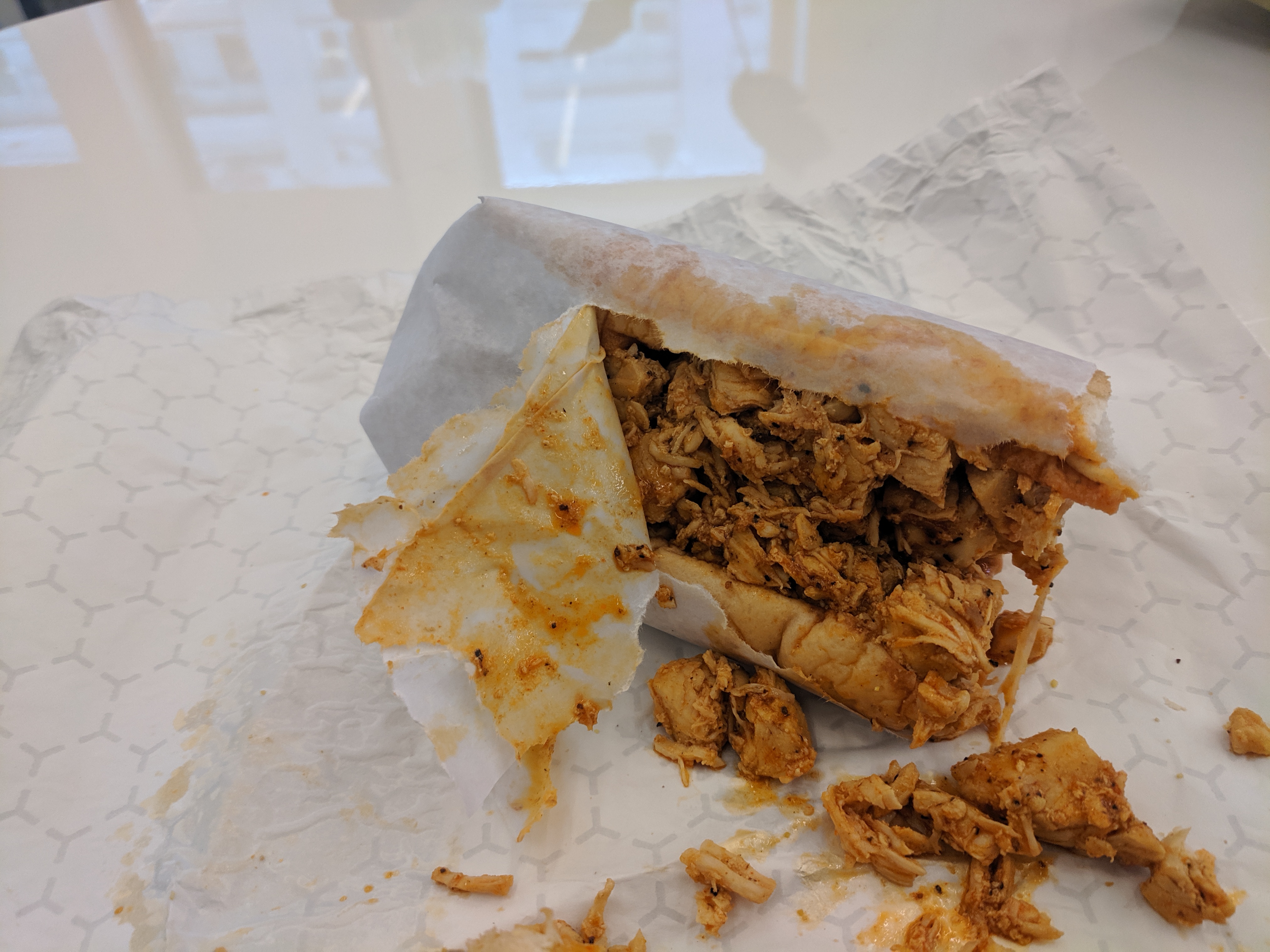 4/10. Stick to the steaks. They've got to be better, or this truck wouldn't be called Gary's Steaks.